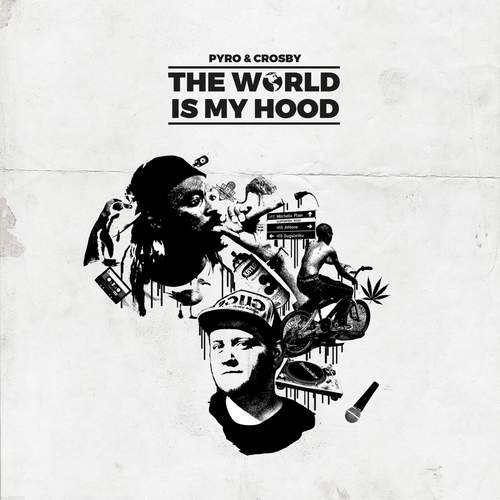 World is my Hood

The collaboration E.P "The World is my Hood" of Swiss rapper PYRO and South African Ragga/HipHop MCee CROSBY was created early 2015 when PYRO visited Cape Town together with his friend and photographer Dedi Basel.They arrived with a number of new beats to produce fresh songs with Crosby which gave birth to The World is My Hood.There are 4 unique tracks, diverse as their social conditions, as strong as their friendship and hot like the burnt red stones under the South African sun. They collaborated with various artists like Swiss rapper Baze(Chlyklaas) and S.A rapper Redondo (Driemanskap) and Burni Aman(ex-member of Godessa) to convey a message of this short but fresh E.P.The entire production was done by Swiss producer Dj Tron and contains 3 instrumentals and 1 from producer and rapper Funky Notes.All photos, artwork by Dedi Basel.